Killed many times in battle, then re-animated again… and again, SCAR the Cylon Raider was one of the oldest Raiders in Battlestar Galactica – The New Series. He was an ACE at shooting down Colonial Pilots until he was eventually killed outside the realm of a re-animation ship.

This fantastic JT Graphics model kit (Patterned by the artist Kip Hart of Howling Wold Models) was one of the first released, and it was built by artist R.L. Bleecker whom captured the essence of SCAR with every mark…including what he was named for… the major scar across his face. 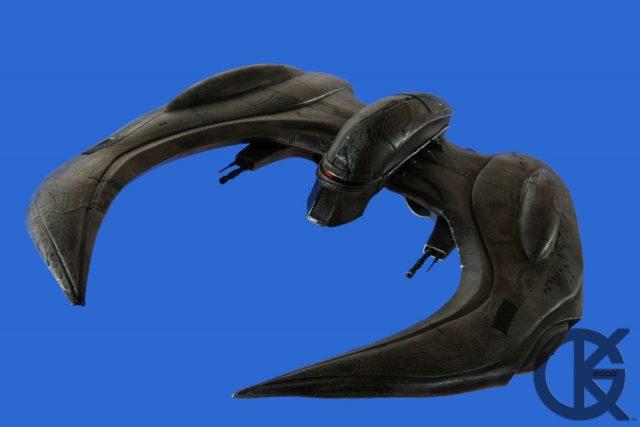