I had shown the studio scale Cylon Raider “Pyro” version that had become a kit soon after Jim Key and Mark Dickson had released it. This one shown here today was patterned by artist Mike Salzo to be more like the “Hero” model that we viewed in the series and film. There are differences that you will view in another post placing them side by side.
Artist R.L. Bleecker was again behind how this piece turned out. He did wonderful work. 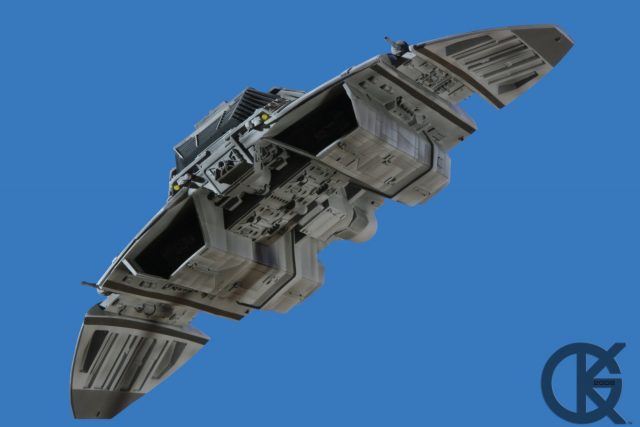