When Master Replicas came out with their amazing USS Enterprise in 1:350 scale, artist Richard Long made the Botany Bay to scale with it, making for a great display. This Botany Bay was eventually re-released by Mike Salzo of MSLZ22 Models, and I believe Starship Modeler now owns these patterns.

Kit Offered By: Not Available 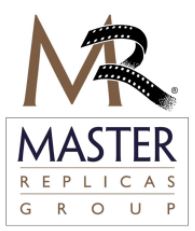